Skip to content
Times Herald-Record
August 28, 2020
We all want enough wind and solar to supply our state’s power needs, but wanting something doesn’t make it a reality nor does it help clean up our air. If New York is serious about reducing emissions that drive climate change, decision-makers should consider every available option to do so. Let’s pursue an aggressive strategy to grow renewable energy, but also immediately lower emissions from existing power plants that produce the majority of our power.

Allowing old power plants that emit tens of thousands of tons of pollution to operate while we wait another decade or more for wind and solar to meet our needs is short-sighted. The Cuomo administration must carefully consider this as it strives to meet its climate targets.

Opposition groups want the public to believe the choice is between an upgraded Danskammer or wind and solar. This is a lie. The choice is between old, high-emitting power plants or new, low-emission facilities. With emission controls, an upgraded Danskammer would be 101 times cleaner than old Hudson Valley plants. Our air would be cleaner immediately, while we build out renewables. 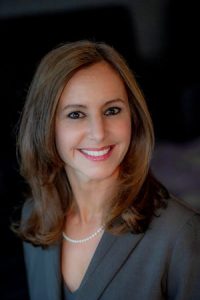 California has declared a state of emergency because tens of thousands are without power. California touts its renewable grid but purchases fossil power from out-of-state sources to cover energy demands. The current heatwave has led these other states to need all of their own power. With no wind available, California has been forced to call on all power sources, no matter how dirty, to get the lights back on. Using aging and shuttered power infrastructure has erased months of emissions reductions in just days.

Any environmental movement that fights a project that reduces air pollution by 99% is based primarily on ideology, not climate science. For once, let’s have a frank discussion about our current energy situation instead of listening to the loudest voices in the room. Danskammer is a real, tangible solution right in front of us. Let’s not screw this up.